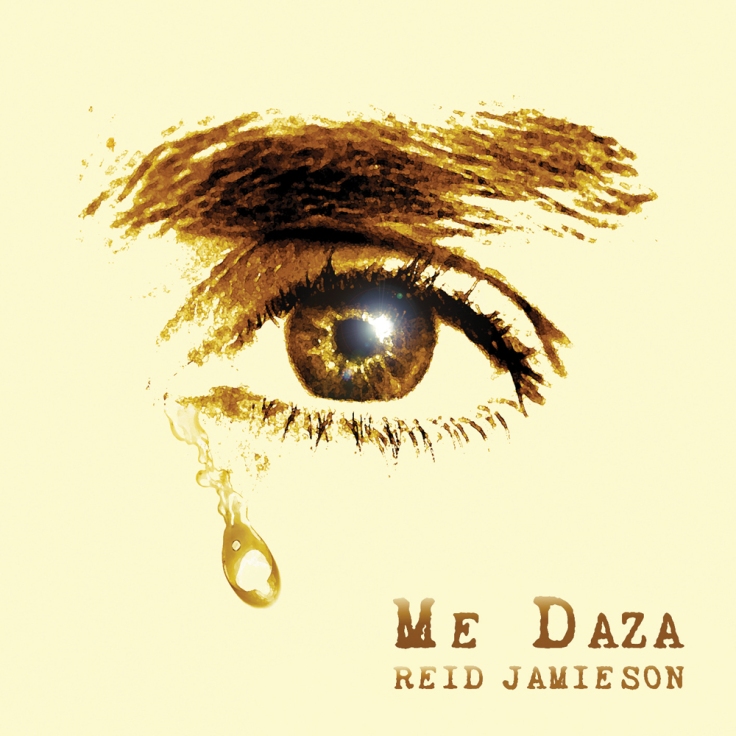 True story – I came to discover the captivating musical talents of Reid Jamieson and Carolyn Victoria Mill entirely by happenstance. Several years back, I was nowhere near as deeply immersed in Canadian roots music as I have been in the time since, so it was a completely random search that alerted me to this vastly talented duo.

I’ll get to their new album Me Daza in just a moment, which is the reason I’m even penning this piece at the moment, but it was an aimless search one afternoon in iTunes for Elvis Presley cover songs that brought a project of theirs to my attention. Their original release of The Presley Sessions was immediately head-snapping, as much for the original viewpoint and refreshed take on the songs as it was for the sheer, exhilarating clarity of voice and instrumentation.

However, as obvious as it was to me that I should have just clicked to download that recording at the time, for some unknown reason I determined that I wanted to learn a bit more about this Reid Jamieson fellow, and  went back to view more of his catalogue, clicking next to listen in on his Songs For A Winter’s Night album. Three songs into previewing that album, I had clicked “purchase”, and I’ve been enjoying that winter recording ever since. Sidebar: I defy you to find a more haunting and beautiful version of Tori Amos’ “Winter”. It still makes me stop what I’m doing to just listen and get lost in the experience of how powerful a well-written song can be in the hands of a master interpreter.

So in summary, for anyone that knows me, to have a collection of winter songs beat out anything Elvis-related is virtually laughable, but that happened. And here we are now, 2019, and Jamieson and Mill have released their latest, Me Daza, an Irish-born and imbued recording of all-new originals aside from one other track co-written by the late Fergus O’Farrell and Glen Hansard (Swell Season, The Frames). O’Farrell’s vocals are even added in for that track as he was unable to release the song before his passing.

I’m going to provide a link to the insightful album creation and backstory on their website, far more eloquent and inclusive than I would have the ability to so provide here – which even includes the full lyrics to each song!

What I’m going to do here is simply provide a few observations, and advise you to download it or stream it as is your prerogative, and hope that you come to discover this duo as I did years ago:

Evergreen  – the opening track, a powerhouse vocal workout in such a delicate melody.

Perfect Storm – duet harmonies and intricate fingerpicking drive the story, a bit of Leonard Cohen lurks in the storytelling.

Enough – guitar work and vocals that swirl evocatively back to ’70’s and ’80’s greats like Dan Fogelberg in gentle yet sharply strong upper register vocals, yet then those vocals frequently soar even higher than the heights they reside in for the greater part of the song.

Circles – among the most modern sounding singer/songwriter workouts of the bunch, almost synth pop without actually crossing over the line.

Don’t Go Down (the co-write from the aforementioned songwriters) – the duo are a perfect fit with the original singer and songwriter’s vocals, which have been preserved digitally alongside this recording. This would have been  a song to see performed live by them all together…

Better Man – begins as a Spanish-influenced melody before it explores more western influences – highlights are the husband/wife harmonies that support the lyrics.

She – a ’70’s vibe again – extra voices though – a chorale group?Quite a delightful addition!

Lullaby For The Lost – lush and beautiful instrumental with haunting voice.

The notes in the link above tell much more details about the artists, the songs, the recording process – hopefully this collection of notes piques your interest enough to check it out. 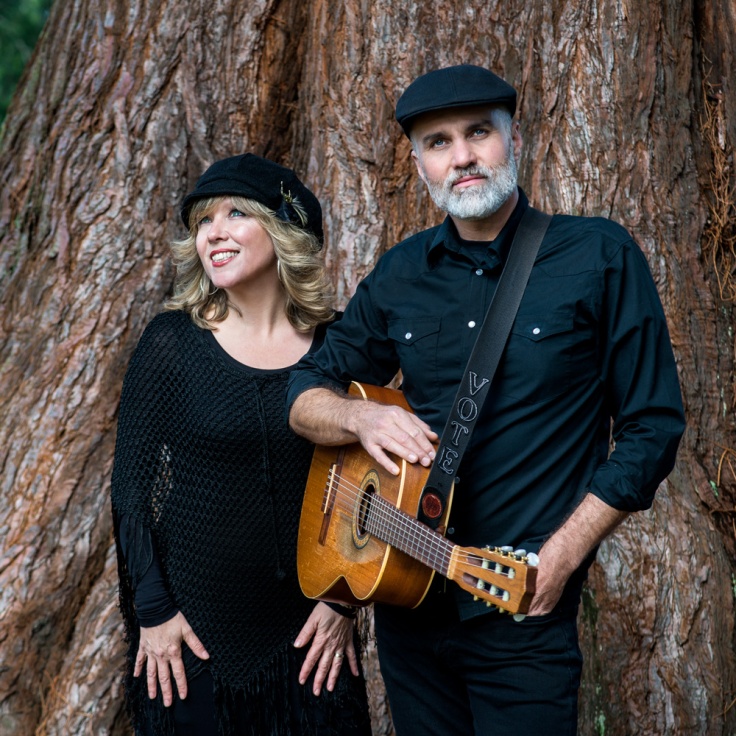 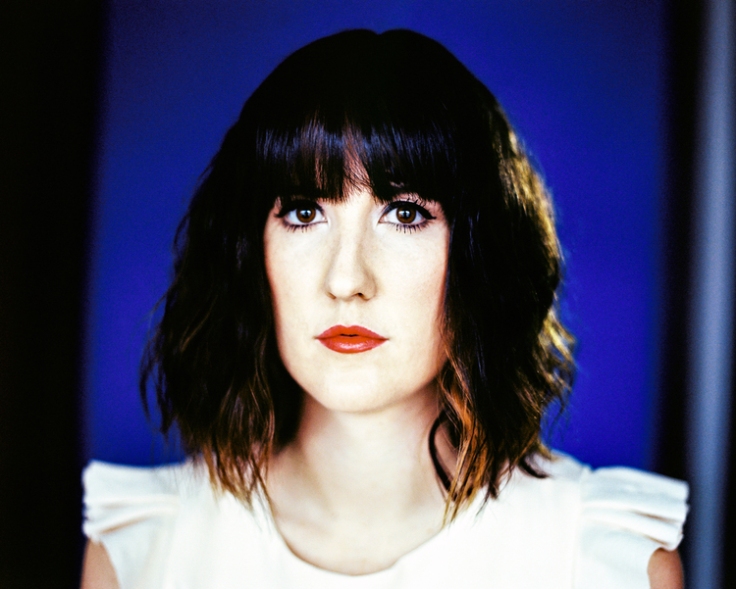 I’ve been grappling with trying to get all of my social media/websites links under one umbrella, and I’m still working on that 🙂

However, I’m happier with THIS site than I have been, and my scattergun approach with interviews finally has a new name – Roots Resonator. I launched that the other week with an interview ahead of Ellen Doty‘s appearance at Bragg Creek Performing Arts.

Still have work to do, but I am determined to get this stuff together, so that people don’t have to stumble upon it simply by luck and pluck…

Check out the feature I did on Ellen for my online Calgary Herald space!

Had a BLAST at the first-ever Wide Cut Weekend Roots Music Festival last night, kicking off the first of three solid evenings of top-drawer Alberta talent at Wine-Ohs Cellar.

Attendees (they were snapping up tickets in the long line into the club) for the opening night packed the room to capacity, a good sign for performers, fans and the organizers.

Click on the hyper-link above to get to the WWC site for ticket and performer info. It is a dazzling lineup of great performers, let alone Alberta artists.

This was the only night of the event that I was able to attend, and I’m happy I did – great performances and a fine atmosphere for this style of music – the other venues are long-standing roots music establishments as well…

Bottom line, if you can still get tickets, get out and discover talent you may not be aware, or get reminded of the level of local artistry that is taking the country by storm, and in many cases, stepping up onto the world stage.

You’ll also have a chance at the venues to buy CDs to support the artists, and some pretty spiffy WCW T-shirts and hats.

You may even go home with one of these fashionable stamps on your hand:

Here’s a few shots from Tuesday night’s show in Calgary at The Ironwood Stage & Grill.

Dennis Ellsworth appearing for his new cd Romantic As It Gets, and The 24th Street Wailers bringing along new music from Where Evil Grows.

Stellar sets from both acts, each of their new CDs are terrific – and you have opportunities to see each of them across the country – so go do that! 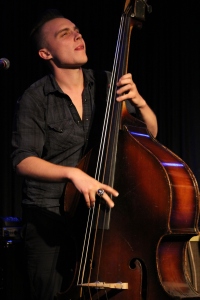 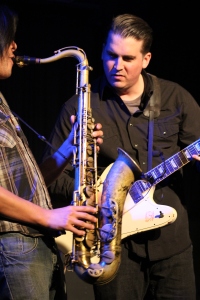 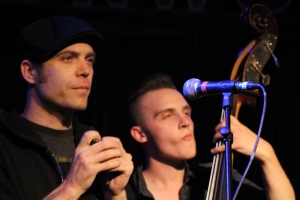 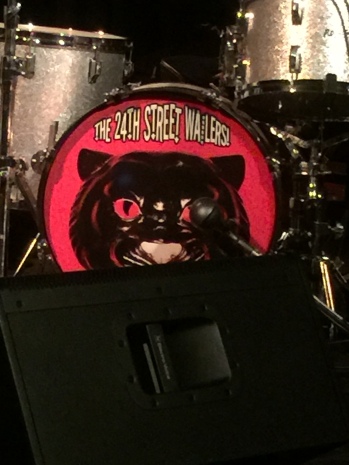 Tuesday night, the gifted Canadian songsmith that is Brock Zeman took to the Ironwood Stage & Grill here in Calgary to debut songs from his fantastic new album, “Pulling Your Sword Out Of The Devil’s Back“.

Along with openers The Northwest Passage, Brock and his colleague/collaborator Blair Hogan captivated the appreciative audience with new music and a few selections that have yet to be captured for posterity.

I’ll be posting a review of that new album here soon, but for now, you can get an idea of the magic that was Brock Zeman live – you had to be there…

I had a blast chatting with Nova Scotia based singer songwriter Charlie A’Court, and we caught it all on a Skype recording!

You can read the whole feature, and view my YouTube interview here!

Cappuccino Musical Theatre’s “Into The Woods”

Cappuccino Musical Theatre – “Into The Woods”

Cappuccino Musical Theatre
“Into The Woods”
by Stephen Sondheim James Lapine
The Studio at Vertigo Theatre
“Before-Noon” Theatre Review:
Cappuccino Musical Theatre’s production of Stephen Sondheim & James Lapine’s
“Into The Woods”
Funny. About two weeks ago, I was expecting to be sitting in excellent seats, hearing Broadway legend Bernadette Peters bring certain career highlights to life. That show was suddenly cancelled, due to poor tickets sales.
Then I received a request to attend Cappuccino Musical Theatre’s current production of “Into The Woods”, and I was indeed able to hear music from that Tony-winning play. After the curtain came up last night, I believe the feeling was unanimous in the almost sold-out theatre – what a wonderful job!
As a piece of musical theatre, “Into The Woods” brings an un-Disney take on fairy tale characters you will recognize right away, and haunting songs like the beautiful “No One Is Alone”, and “Children Will Listen”. There’s plenty of comedy in this play about choices and heartfelt wishes, but the dark side that director Tory Doctor has chosen to focus on also notes the consequences – be careful what you wish for, it may very well come true…
On a simple yet perfect set for this particular production, a large cast of extremely talented singers and actors make the two acts fly by, bringing you completely into their fairy tale world, and the dangerous woods around them. The three actors alone that became trees, spirits and occasionally a cow gracefully blended into that set to nice effect.
On Broadway, Bernadette Peters played the role of the Witch, and Joanna Gleason (daughter of TV’s original “Let’s Make A Deal” host Monty Hall”) won a Tony for her portrayal of the baker’s wife. Cappuccino Musical Theatre has these roles well in hand and then some with a pair of powerhouses, Heather Spearman and Shandra McQueen. Spearman brings an appropriate amount of Peters to the Witch, along with a healthy dose of the late madcap Madeline Kahn – and her vocal performances are (like the rest of the cast) perfect.
McQueen is another perfect casting choice here – she can sing and zing her way through every scene, but here stage presence is what makes the baker’s wife come to life and believable. A little dorky, a little feisty, a whole lot determined.
Frankly, you’d be hard-pressed to find fault or flaw here. Cinderella (Naomi Derksen), Little Red Riding Hood (Shelby Leiding) and Jack of the beanstalk (Andrew Fraser) each shine, as well as all the other characters that surround them. As the baker, Ryan Wagner has many opportunities to carry robust melodies, and tender moments as well.
With a cast as large as you find in this play, I’m unfortunately not going to be able to comment on every member, but I do have to squeeze in a comment about the vocals of Allie Higgins-Pompu as Rapunzel – not a large part, but what a powerhouse!
Well, and her prince along with Cinderella’s (Andreas Zimmerman, and Doug Keeling, also a charismatic if not ill-fated wolf – both a hoot in their duet “Agony”). “Woods” has loads of fun with the characters, and the stereotypes of not only the fairy tale time, but the modern times this shifts somewhat into.
Hey, I’m running out of space here. If you are looking for a great night of musical theatre, you owe it to yourself to try finding tickets for this charming, thought-provoking play.
You can see pictures and get all the details from Cappuccino Musical Theatre’s website. Click on “Now Playing” to see what an amazing job they did with the costumes!
Also…….
I sat down with director Tory Doctor before this run began. You can find my podcast interview here, or download it for free in iTunes (thatdanguy’s Podcast).
It’s also available from my YouTube channel.
“Into The Woods” runs at The Studio in Vertigo Theatre until June 14, 2014.
June 10, 2014 0